The over 2.5 betting option is an easy market in sports betting in that punters win bets when games end with at least 3 goals. The team at Betwise has prepared analysis on the football matches to be played on Tuesday, 4th February 2020. We will offer both free and premium over 2.5 goals prediction .

We begin with an interesting game between Benfica and Famalicao where Benfica hosts the Vila Nova side at their
Estádio da Luz stadium, Lisbon, Portugal in Portuguese Cup ( Taça de Portugal ) semi-final round matchup. Benfica is favorite in winning both the Primera Liga and the cup. They have easily won 9 of their last 10 matches (Taça de Portugal). we have seen more than 3 goals in most of Benfica matches as they have always dominated their rivals this season with 54 points from 19 games with 47 goals netted as we speak. famalicao is also having a good performance this season. They are placed 5th in the Primeira Liga with 32 points from 19 games so far. The last time the two teams met, Benfica kept a clean sheet having scored 4 goals. We expect at least 3 goals today from Benfica as they have good strikers like Pizzi and Carlos Vinicius  who both have scored 12 goals this season alone.

Another interesting match in the German DFB cup is between Eintracht Frankfurt vs RasenBallsport Leipzig which will be played at Commerzbank-Arena . The average number of goals between Frankfurt Vs Leipzig is 2.5. Eintracht Frankfurt have had 13 goals in their last 3 home games while Leipzig currently at number 2 in the Bundesliga league have 11 goals in the last 3 away games. One other thing to note is that 2 of the 3 previous games resulted with over 2.5 goals. Frunkfurt predicted line up include Trapp; Toure, Hasebe, Hinteregger, N’Dicka; Kohr, Rode; Chandler, Kamada, Kostic; Goncalo Paciencia while Leipzig is likely to have: Mvogo – Mukiele, Klostermann, Halstenberg, Angelino  – Laimer, Adams – Sabitzer (c), Nkunku, Werner – Schick .

If you need more accurate football games which will have more than 3 goals in today’s fixtures, simply subscribe to our premium tips by simply paying Ksh 199 per week, Ksh 299 for two weeks or Ksh 699 per month. The payment is done as follows: 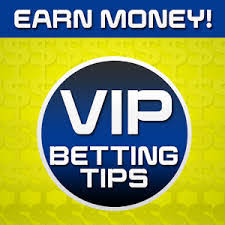